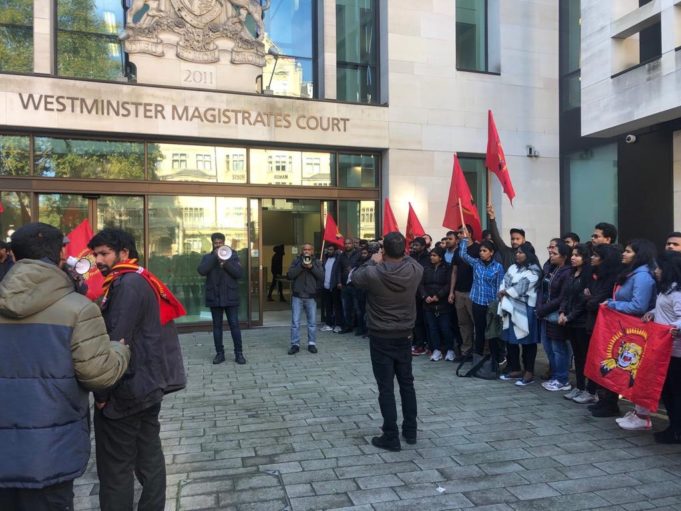 The long awaited re-trial of Brigadier Fernando took place at Westminster magistrates on the 18th of October 2019.

The charges brought forward by four defendants with the help of ICPPG and the diaspora saw its first round of events take place. The witnesses were cross examined by the prosecution and the defence barrister representing Mr. Fernando.

It was already admitted by the defence team that the person gesturing the slitting of the throat is indeed Mr. Fernando. However the witnesses and the victim were thoroughly grilled by the defence barrister. In short each witness gave evidence for almost an hour pushing the court to be reconvened on another day after the witnesses had been cross examined due to lack of time.

Witnesses were asked several questions revolving around the timing of events, when each witness felt intimidated or scared, what they did next, who did they approach to report this crime, why  certain police stations did not accept your statements etc. As much less questions on the actual crime were quite eloquently placed by the defence possibly in the hope of discrediting the credibility of the witness.

One thing is quite clear when looking at this case. It is rather a unique and first of its kind where a brigadier of Sri Lanka who himself maybe complicit of war crimes on the tamils of Sri Lanka is allowed to act with impunity even on foreign soil.

Even after video evidence which clearly shows the aggravated threatening behaviour of a diplomat, the court is somewhat rather apprehensive in looking into this case with a clear sense of urgency whilst the police simply refused to prosecute the death threat brigadier for his actions committed  against all those who protested on the 4th of February 2018.

Is the law made to protect the rich and powerful was a question that travelled amongst the crowd at the protest. Why is there a need for witnesses to second what happened on that day when there is clear evidence of a crime taking place was another question that were raised by protesters.

Tamil solidarity and TGTE activists and protestors made sure that the demands laid out were heard loud and clear outside the Magistrate’s whilst a few activists including myself attended the court hearing to gather information on the update of the case.

The second and final session of the court is to take place on the 19th of November 2019.  A strong message needs to be sent to the GOSL, it cannot get away with its impunitive behaviour on foreign soil and diplomatic immunity is not a get out of jail card for illegal actions.

Tamil Solidarity had reported about how the Sri Lankan government is conducting espionage and intimidation of Tamil Protesters. (http://www.tamilsolidarity.org/war-monger-sri-lankan-government-looks-to-crush-protests/). Sri Lankan government ignored our call for revealing all collected details and stop operating espionage on British soil. Even today they have sent their people to photograph and document witnesses and protesters. One of the Sri Lankan reporting agent was questioned and investigated by the police. This agent was allowed to operate inside the court. Tamil Solidarity demand an immediate release of al the information that are collected by this agent.

Conservative party lord Baron Naseby also spent the whole day looking after the Sri Lankan government interests. Protesters also questioned his motive and the amount of time and energy he is dedicating to this case defending war crimes. His title should be withdrawn and must be investigated about his dealings with criminal families in Sri Lanka. Protesters have asked him about his dealing with the Rajapaksa family and his free and luxury holidays to Sri Lanka. It is scandalous that the conservative party continue to tolerate these illegal dealing of their prominent party members. It is shameful that the British media continue to ignore this.

Despite the fact that it was a working day, many activists had turned up to protest for a whole day – which is very remarkable in itself. The Tamil Community made their voices heard and made it clear to the Sri Lankan government and the British legal establishment that they want an arrest warrant to be issued immediately for Priyanka Fernando. We are not going to be silenced by this or that little manipulation of law. The community know what wrong was done – and the depth and real meaning of the death threat issued by Brigadier. They want justice to be delivered. 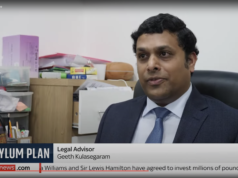 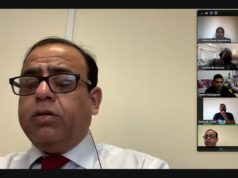 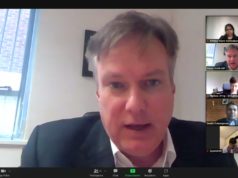